Film Victoria partners with film and television industries to encourage innovation and excellence and promote the state of Victoria, Australia as a unique film location destination.

We were commissioned by Thirst Studios, who are a user experience & service design agency based in Melbourne, Australia, to provide art direction and consultation for the redesign of the Film Victoria website. We have a long standing close relationship with Thirst Studios and we often work on client projects and ideas as a unified team. 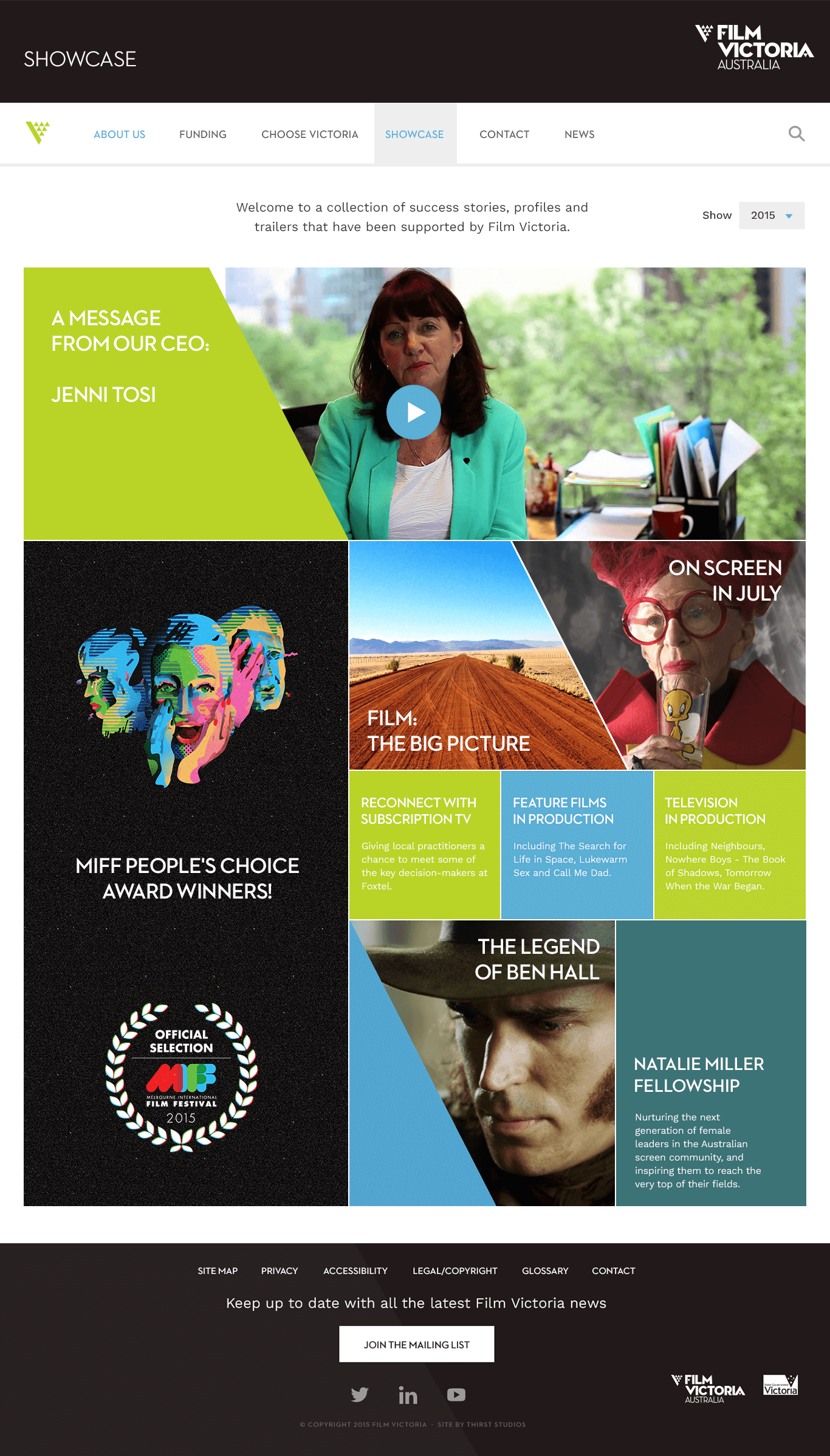 Working closely with Thirst Studios project managers, design and dev teams, we delivered a comprehensive set of Photoshop layouts for key templates for desktop and mobile platforms, coupled with website style guidelines which were used by the developers to create the new Film Victoria website redesign.

Both Thirst Studios and Film Victoria were delighted with the results. The redesign hit the mark, encompassing the brand and bringing the website bang up to date.

Since the redesign the Government announced Film Victoria funding for 15 television, film and online screen productions. The projects – which share in $2.43 million of production investment funding – are expected to generate more than 2,740 job opportunities for the local screen sector and inject more than $43 million into the Victorian economy.

Supereight did it again. Producing some stunning designs for one our top clients.